Meaning of “Brandy (You’re a Fine Girl)” by Looking Glass

“Brandy (You’re a Fine Girl)” is a song by the American pop band Looking Glass. The lyrics of the song are about a very lonely barmaid named Brandy who works and lives in a very busy port town, which receives scores of ships on a daily basis. Many of the sailors who pass through the town often flirt with Brandy, however she ignores them because her heart longs for a particular sailor who abandoned her and never returned because he was more in love with the sea than he was with her. Owing to the similarity of the song’s story to the story of the famed American spinster Mary Ellis who lived between 1750 and 1828, many speculated that the lyrics of the song are inspired Mary Ellis’ story. However, according to the song’s writer Elliot Lurie, the lyrics aren’t about Ellis. 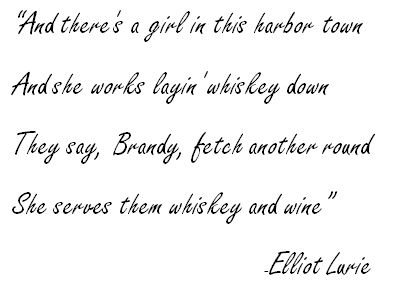 Q: Who was Mary Ellis?

A: Marry Ellis was a spinster who lived in New Jersey, United States. It is believed that Ellis was in a romantic relationship with a sailor who promised to marry her. One day, the sailor went to sea and never came back to her. Broken hearted, Ellis spent every day of the rest of her life looking for his ship. Unfortunately for Ellis she died without ever seeing the sailor again. Her gravestone currently stands at the spot in New Brunswick, New Jersey, where she always stood to look for the sailor’s ship. Despite the lyrics of “Brandy” being very similar to the legend of Mary Ellis, the song’s writer claims the song’s lyrics aren’t inspired by Ellis’ story.

Q: Which films and TV series has the song “Brandy” appeared in?

A: The song has been used in many films and TV shows, including The Simpsons, The King of Queens, The Wire, Charlie’s Angels, and the Lords of Dogtown.

Q: Which artists have covered “Brandy”?

A: Following Brandy’s release in 1972, scores of bands and artists have released or performed cover versions. Some of them include Red Hot Chili Peppers, Kenny Chesney and Washboard Jungle.