Peter Gabriel is a British multiple Grammy Award-winning singer, songwriter and human rights activist who first caught the world’s attention as the lead singer of Genesis – a famous English progressive rock band whose popular songs include Follow You Follow Me and Invisible Touch. Having departed from Genesis in 1975, he went on to establish a very successful solo career with the release of several bestselling albums, including So. The album contained hit singles such as: Don’t Give Up, In Your Eyes, and Red Rain. Some of his other notable songs include Solsbury Hill, Sledgehammer and Mercy Street. In 2010, Gabriel was honored with an induction into the Rock and Roll Hall of Fame as a member of Genesis. In 2014, he was honored with a second induction into the Rock and Roll Hall of Fame for his excellent career as a solo artist.

Peter Gabriel was born in Surrey, England to Edith Irene and Ralph Gabriel on February 13th, 1950. In 1971, Gabriel got married for the first time to a woman called Jill Moore, with whom he had two children, Melainie and Anna-Marie. His marriage to Jill ended in a divorce in 1987. Gabriel later got married to Meah Flyn in 2002. The marriage produced two children, Luc and Isaac Ralph. 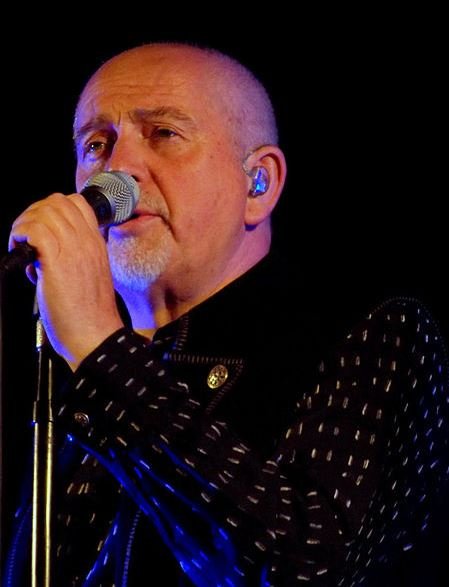 Peter Gabriel – Photo by Piotr Drabik made available under a CC-BY 2.0 license.

Here are some of the most interesting facts about Peter Gabriel:

Here are some of the most famous songs by Peter Gabriel: