Meaning of “Englishman in New York” by Sting

Englishman in New York is a song performed by English singer and songwriter Sting. The self explanatory lyrics of the song talk about the life of an Englishman who has moved from his native England to live in New York, the United States. The “Englishman” in the song is the famous English gay icon, writer and actor Quentin Crisp, who was the inspiration of the song.  In 1986, Crisp relocated from London, England to Manhattan, New York, and Sting wrote the song shortly after Crisp’s relocation.

In Sting’s 2007 book titled Lyrics, the singer said he felt so homesick the first time he moved to live in New York that he was forced to move from one English pub to the other just so he could meet with other Englishmen and enjoy the feeling of being home.

Our favorite lyrics from “Englishman in New York”

Sting is noted for being one of the finest lyricists of his generation. And in this song, he exhibits his lyrical prowess with several very profound lyrics. Going through the lyrics of the song, we picked the following lines as our favorites: 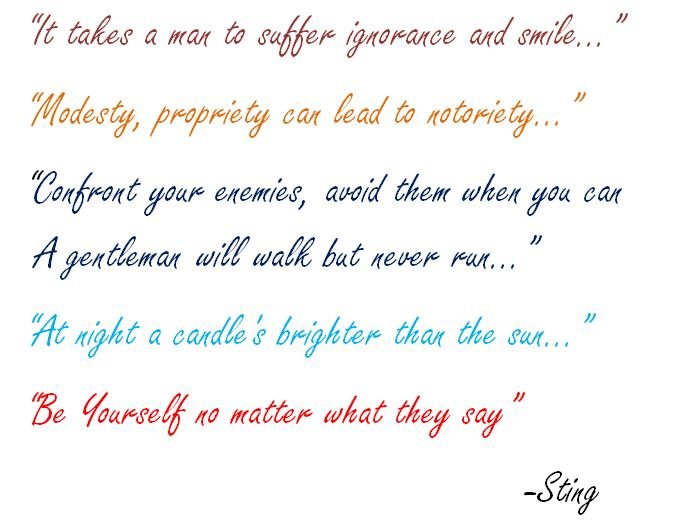 Facts about “Englishman in New York”