Meaning of “Believer” by Imagine Dragons

“Believer” is a song performed by Imagine Dragons – an American pop rock band. The lyrics of this song deal with the real life personal struggles of the band’s lead singer Dan Reynolds. Speaking to People Magazine, Reynolds said the song’s lyrics touch on certain specific things in his life which caused him so much trouble and pain. Some of these struggles Reynolds battled with include depression, anxiety, and ankylosing spondylitis (AS). Ankylosing spondylitis is a particular type of arthritis which leaves the sufferer with inflamed joints of the spine and other parts of the body.

According to Reynolds, the song explains to the listener that the pains he (Reynolds) faced were blessings in disguise since he not only transformed it to his greatest strength but also used it to move to a “healthier mental space” in his life.

Reynolds believes that the adversity you come across in life is what helps you grow to “become a believer in yourself”. Hence the song’s tittle “Believer”. The inspirational theme of this song is very similar to the theme of the band’s 2018 hit song “Natural“. 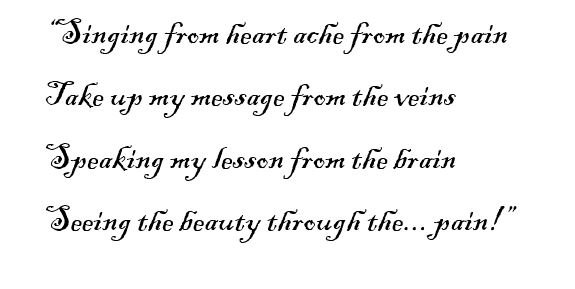 Did “Believer” win a Grammy Award?

No. The album (Evolve) on which the song appears was nominated for a Grammy at the 60th Annual Grammy Awards in the Best Pop Vocal Album category but lost to English singer-songwriter Ed Sheeran’s ÷ (divide) album.

What musical genre is “Believer”?

It is a pop rock song.

Did this song sample any other song(s)?