Meaning of “Thunder” by Imagine Dragons

“Thunder” is a song performed by the rock band Imagine Dragons. The lyrics of the song basically are about the band (especially the band’s lead vocalist Dan Reynolds) and how he surmounted all the challenges in his life to achieve his long cherished dreams of becoming a global icon in the music industry. In the lyrics, Reynolds mentions growing up as a kid and having dreams of becoming a superstar. He goes on to sing about how he was made fun of by his mates who felt his dream of making it big in music industry was a joke.

Speaking with the Las Vegas daily newspaper the Las Vegas Review-Journal, Reynolds shed more light on the meaning of the lyrics of “Thunder”. According to him, the lyrics are about how the obstacles in his life such as a “crappy” school and being “kicked” out of college pushed him to achieve success in music. He went on to add that these obstacles created a great deal of anger in him that eventually gave birth to “art”.

In one way or another, this song inspires people to go ahead and achieve their dreams despite the obstacles that confront them. 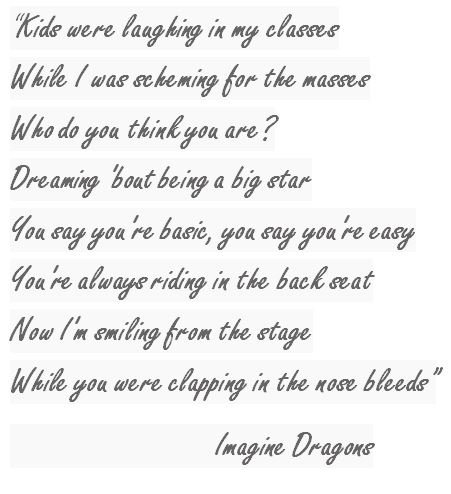 Did “Thunder” win a Grammy Award?

What genre is “Thunder”?

“Thunder” is purely a synth-pop song.