“Blur” is the title given to a 2018 single by Danish singer and songwriter, MØ. The track also features the American indie pop group Foster the People. The theme of inescapable frustration and sadness is rife throughout the song’s lyrics.

Shortly after this gloomy track came out, MØ took to Instagram to throw some light on it. According to her post, she wrote the song in Los Angeles, California around a time when her life was filled with frustration and stress. And what was the cause of her stress and frustration? Lack of creativity! During her stay in Los Angeles, she expected her creativity to peak. However, she constantly found herself feeling creatively lost.

Below are the precise words of MØ she shared with the world via her personal Instagram Stories: 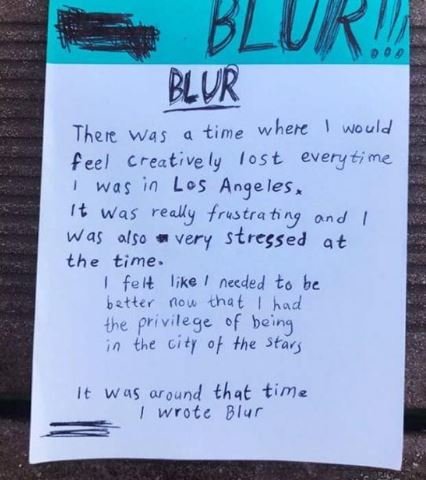 Instead of typing the statement above, MØ chose to use a pen to write it. So what you see in the picture above is MØ’s handwriting.

Is this MØ’s first collaboration with Foster the People?

Yes. This is the first time MØ is working with this American indie band.