“Happy Now” was released by Norwegian DJ and music producer Kygo in October 2018. The song features Swedish singer and songwriter Sandro Cavazza on vocals. “Happy Now” tells the tale of a collapsed relationship. Though the couple tried saving it, they couldn’t.  From the look of things, the narrator genuinely cares about the happiness of his ex. So in bidding her goodbye, he expresses his hope that she’ll “be happy now”.

What has Kygo said about this song?

On October 26, 2018, Kygo announced the release of the song via Twitter. He began his tweet by expressing his intense excitement about the release of the song. He then added that the song might be one of his favorite songs of his entire career. Wrapping up the tweet, he expressed his hope that fans would love it as much as he does.

Below is an image of Kygo’s tweet regarding this song: 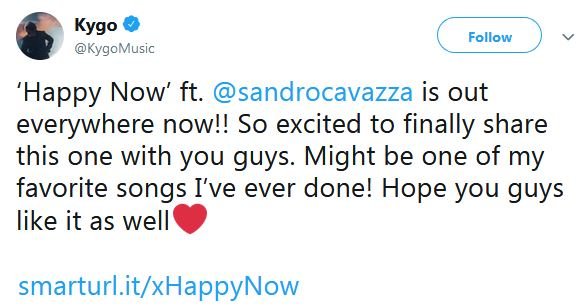 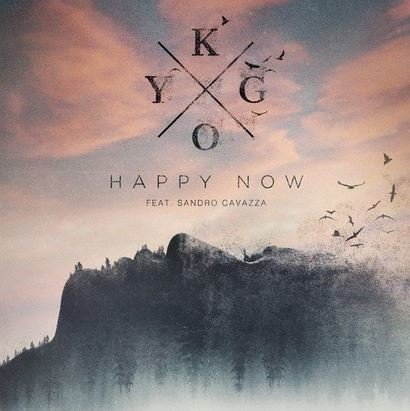 Artwork for the single “Happy Now” by Kygo. Can you identify Kygo’s face in the picture?

Which album is “Happy Now” on?

It would appear on Kygo’s third studio album. That same album would feature Kygo’s “Born to Be Yours” collaboration with Imagine Dragons.