In the first verse of “Bad Liar”, the lyricist is comforting his “dear” as he acknowledges that it has been a “difficult year”.  However he then goes on to make heartless, contradictory and even erroneous statements.  First off he claims that “terrors don’t prey on innocent victims”, which is not only false but also implies that his “dear” deserves the “difficult year” she experienced.  Then he goes on to say he’s afraid of “integrity… and crocodile tears”, even though these two nouns are basically antonyms of each other.

In the pre-chorus the lyricist once again acknowledges that he and his lover are going through a problematic time expresses his desire to make things better yet his powerlessness to do so.

When you take the lyrics of the pre-chorus leading into the chorus, you could tell that the singer has a desire to make his partner “believe” that the issues plaguing the relationship would ultimately be rectified.  However in the chorus he once again adopts a disposition of hopelessness as he acknowledges that he is a “bad liar”.  In other words the lyricist himself doesn’t even believe that the issues in the relationship can be solved.

During the second verse, the singer seems to give the impression that he made a mistake by getting married – for instance questioning whether or not ‘happiness lies in a demand ring’ and then going on to say he has been ‘asking for problems, problems, problems’, as if to insinuate he brought this sorrow upon himself by seeking out the relationship in the first place.

During the bridge the lyricists admits to his partner that he “can’t be what you want me to be”.  He follows this up by saying “believe me this one time”.  In other words he is pleading with her that even if she doesn’t believe anything else he says, she should be convinced that he can’t live up to her expectations for the relationship.

The second chorus is identical to the first.  However the placement of it in the song is what perhaps makes its implied meaning more significant.  The chorus ends with the singer stating to his partner “now you’re free to go.”  However unlike the first chorus, this time that statement is followed by the lines of the outro which go “please believe me, please believe me”.

Ultimately, Imagine Dragons’ “Bad Liar” can be interpreted one of two ways.  On the surface it’s the tale of a person who lived to regret his decision to get married because he couldn’t live up to his partner’s expectations.  However, since the main themes of the track is his inability to tell the truth, it can be understood that anything he says is a lie.  So for instance when he’s telling his wife she’s “free to go” and then follows that up by begging her to believe him, he could actually be ‘lying’ and in turn want her to stay.

In general, according to Reynolds, “Bad Liar” is about his tumultuous relationship with Volkman. According to him, he and Volkman couldn’t fake it. They couldn’t lie to each other and tell each other that everything was fine in their marriage because things weren’t fine.

Who sings the backing vocals on “Bad Liar”?

Aja Volkman provided the backing vocals on this track. So in addition to co-writing this song, she also contributes vocals to it.

Did Aja Volkman and Dan Reynolds eventually get a divorce?

According to Reynolds, he and Volkman went through a divorce but never signed the divorce papers. They began dating shortly before this track was released. As of 2018, Reynolds and Volkman have three daughters together. 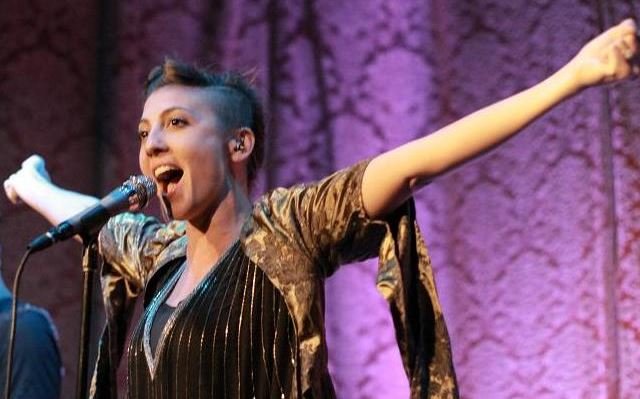 Did Imagine Dragons shoot a music video for “Bad Liar”?

Yes. The video was directed by film director Ryan Reichenfeld. The aforementioned video can be viewed below: