Meaning of “No Stylist” by French Montana (ft. Drake)

“No Stylist” is a hip hop song that sees rappers French Montana and Drake claiming they don’t need any stylists in their lives. The reason being they are, among other things, so “iced out” (dressed with a lot of very expensive jewelry, including diamonds). The memorable line below from the song sums it all up.

“Iced out, no stylist (stylist)”

A stylist is a professional whose main job is to assist prominent people (such as celebrities) choose things ranging from the style of their clothes to their hair in order for them to look very attractive in a fashionable way. However, Drake and Montana claim they are always on top of their game that they don’t need the services of such a professional to look cool.

In the single’s artwork (shown below), French Montana can be seen covered with an ocean of jewelry. With such amount of jewelry all over him, what does he need a stylist for? Well, at least that’s what he thinks! 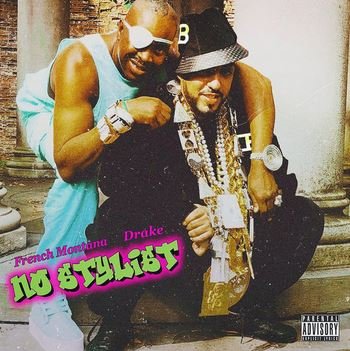 Beyond talking about not needing the services of fashion stylists, another very important aspect of the song’s lyrics is the fact that it appears to be adding more fuel to the fire of the feud between Drake and Kanye West. In Drake’s verse, he drops the following line – probably the most famous line from the song:

It is abundantly clear that the line above is making reference to West’s the Yeezy Boost 350, which is a popular footwear line by the Adidas company and Kanye West. From the line above, Drake is clearly talking about not wanting someone wearing Yeezy Boost 350 around him.

Facts about “No Stylist”

Who is the man next to French Montana in the artwork of “No Stylist”? That obviously ain’t Drake!

LOL! That’s rapper Slick Rick. He is also featured in the song’s video.

Which album is “No Stylist” on?

The track will appear on French Montana’s upcoming project.

Is this the first time French Montana and Drake are collaborating on a track?

No. The pair have worked in the past on multiple tracks. Some examples, of songs that feature the pair include “Pop That”, “Elevate” and “No Shopping”.

Are any samples used in “No Stylist”?

Yes. The song samples the “Long Red” by the American hard rock band Mountain. FYI: “Long Red” has been sampled in dozens of songs since it was first released in the late 1960s.