Meaning of “In My Feelings” by Drake

“In My Feelings” is a song by the Canadian-American hip hop artist Drake. Lyrically, the song is more of a “quasi-love letter” that the rapper (Drake) directs to a number of “love interests” and women in his life. In the song, the rapper also gives a shout-out to one of the track’s producers TrapMoneyBenny.

Names mentioned in “In My Feelings”

Besides TrapMoneyBenny, Drake mentions the names of certain women (at least one of whom he has been rumored to have been romantically linked to). These names are: Kiki, KB, Jenny (apparently for Jennifer Lopez), Risha and JT.

It is widely believed that the name Kiki either refers to the Canadian singer and actress Keshia Chanté (whose nickname is Keke) or the American model K’yanna Barber.

K’yanna Barber is an American social media personality and model who reportedly began dating Drake in 2016. The lines “Kiki, do you love me?” and “KB, do you love me?” are said to be directed at her. But of course this hasn’t been confirmed by the songwriter himself Drake. 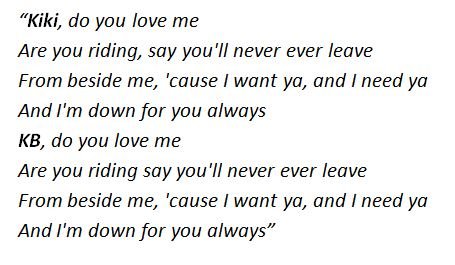 As fr who “KB” is, it appears to stand for K’yanna’s initials. K’yanna herself alluded to the fact that the above lyrics are about her via a series of tweets in July 2018. In one of the tweets, she confirmed that her nickname is Kiki. 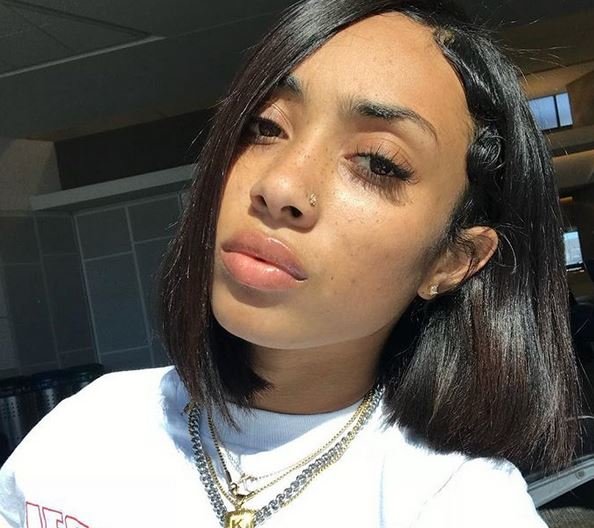 Here are images of two of the tweets that K’yanna released a day or two before “In My Feelings” was officially released to the public:

As can be seen from her first tweet above, she tweets the line “KB, do you love me” from the song’s lyrics. The second tweet, on the other hand, which is below, shows her telling the world that her name is Kiki.

What about Keshia Chanté?

The Canadian singer, TV personality and actress Keshia Chanté (also known by the nickname Keke) is also widely believed to be the Kiki being referred to. Chanté grew up together with Drake in the Canadian city of Toronto and reportedly became a girlfriend of his at some point in his teen life. 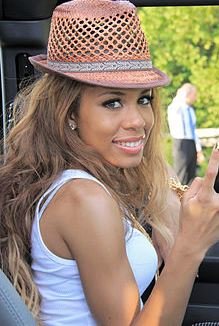 Throughout his career, Drake has penned a number of songs about Chante. About a month before the official release of “In My Feelings”, Chanté tweeted the following words: “he put it in a song so I know it’s real”. Below is an image of her actual tweet:

As to whether, she is referring to Drake’s “In My Feelings” or not, nobody is 100% certain of that. But what we are absolutely certain of is the fact that her nickname is Keke and that she was once romantically linked to Drake.

American singer Jennifer Lopez is the second love interest Drake addresses in the lyrics of “In My Feelings”. Anyone who knows Drake knows that he and Lopez briefly dated each other in 2016. The lyrics below see Drake telling the world, among other things, how special Lopez is.

The second line “From the block like you Jenny” is referencing Jennifer Lopez’s 2002 hit single titled “Jenny From the Block”.

The Two other Women in the Song

In the second chorus of the song, Drake mentions the names of two women: Risha and JT. But these women aren’t really love interests of Drake. They are the members of the American rap duo City Girls. The duo provides vocals on this track. 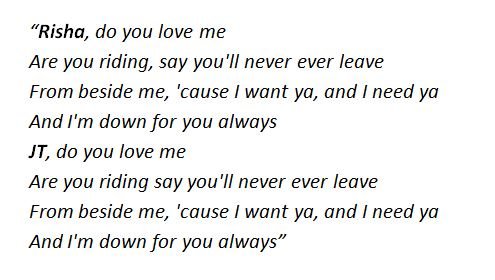 Resha is the short form for Caresha. Caresha is best known in the music industry by her moniker Young Miami. Her musical partner J.T., on the other hand, is Jatavia Johnson. Both J.T. and Young Miami come together to make up the rising hip-hop duo City Girls based in Miami. 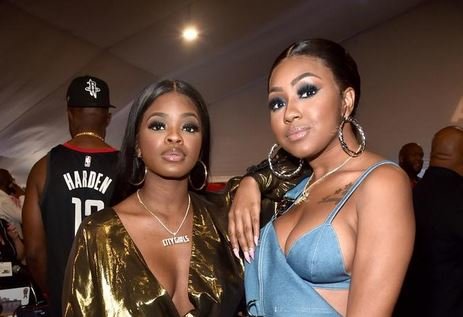 Facts about “In My Feelings”

Does “In My Feelings” sample any song(s)?

Yes. As a matter of fact, this track samples three songs. These songs are: “Smoking Gun” by the late rapper Magnolia Shorty,  “Drag Rap (Triggerman)” by The Showboys and “Lollipop” by Lil Wayne. Thanks to the sampling of these songs, several artists, including Shorty and Lil Wayne are credited as co-writers of “In My Feelings”.

What musical genre is “In My Feelings”?

In addition to being a hip hop song, it is also a bounce song.

So who really are the “Kiki”, “Keke” and “KB” that Drake mentions in the song “In My Feelings”?

Honestly, not until Drake himself comes out to clearly state who the names above refer(s) to, there currently isn’t any solid proof who these women are.